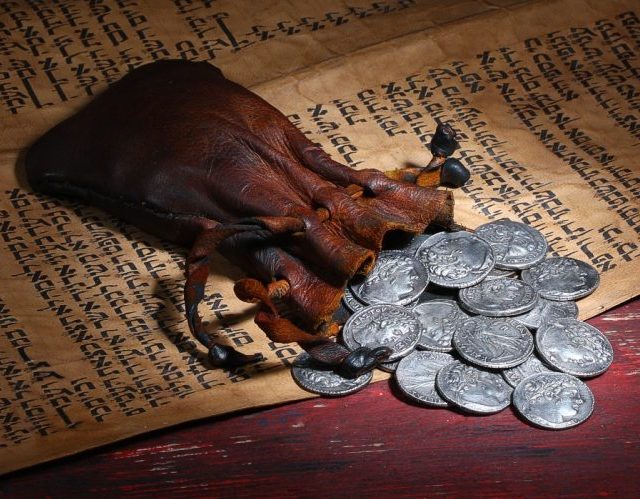 As a quick review, there were many things happening during this particular Passover week:

Mark 14:43-52.  Judas and the many factions of religious leaders approached the Garden. Their beliefs may have varied, but they were joined together in their common hatred of Jesus. Being wary of a revolution they brought with them hundreds of Roman soldiers armed with swords, and the Jewish police with their clubs. Judas was necessary to identify Jesus since the disciples were all similar in appearance, and although His actions were well-known, it would have been difficult to know for sure they got the right guy. Judas identified Him with a kiss on the cheek, which, ironically was a sign of respect, honor, and close personal relationship. Jesus was then arrested, and bound. He did not resist or fight, and in fact when the disciples asked if they should fight, He told them, no. However, impetuous Peter drew his sword and cut off the ear of a slave to the High Priest. Jesus stopped Peter and healed the man’s ear.

There are 3 reasons Jesus didn’t want his followers to fight:

Jesus could have been arrested anytime. He had been preaching daily in the Temple and easily accessible. But the religious leaders were cowards, acting in the dead of night. Verses 50-52 tell us all His followers ran away, fearing for their lives. They couldn’t understand why Jesus had given up so easily. The authorities tried to grab a young follower who was wearing only a linen sheet, but the sheet slipped off and he ran away naked. This bit of information recorded only in Mark is not in the parallel versions, so there is some speculation that this young man might have been Mark himself.

With all His followers gone and hiding, Jesus was now alone with the trial and crucifixion to follow.