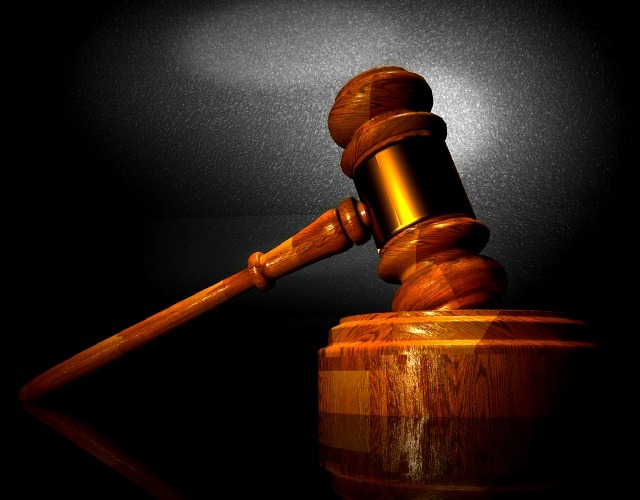 The book of Deuteronomy contains God’s instructions for the Israelites as they entered the land of Canaan, which included the requirements for spiritual and social life, how to live among the nations, how to conduct the various feasts and festivals, etc. In Deuteronomy 16:18-20 God explains the responsibility the people had in order to function justly, and historically they tried to maintain this just society and follow God’s laws.

If a community was large enough (120 men), they would have a local court called a Sanhedrin comprised of 23 men (always an odd number to avoid ties). They were designated elders and sat as judges on the court. Smaller communities would still be required to choose elders to be appointed as judges, and always an odd number: 3, 5, 7, etc. These courts, or councils were responsible for governing their community, and making legal decisions of every kind. The Supreme Court, or Great Sanhedrin was in Jerusalem and contained 71 men including the High Priest.

Their system of laws was powerful, and once something became law, there were no exceptions. All trials were to be public and during daylight hours. The accused must be allowed to provide a defense. Charges would be rejected unless at least two witnesses were available. False witnessing, or perjury, was a very serious crime carrying the same penalty as the accused. In death penalty cases, a full 24 hours must pass before carrying out the sentence, and the accuser had to throw the first stone, in the case of a stoning. The judges were to fast during the trial, taking their responsibility seriously, and no trial was to take place on the Sabbath, on a feast day (such as Passover), nor on the day before a feast day. The Jewish trials, as such, were merciful and fair, but in the case of Jesus, all the rules were broken as we see in today’s lesson in Mark 14:53-65.

Jesus was actually tried by both the Jewish and Gentile courts, and neither were just. Both had three phases, and all six trials happened in less than five hours. For the Jewish part He was first brought before Annas, who was no longer acting High Priest, but still very powerful – a kind of “godfather” type, who controlled things from behind the scenes. Annas unsuccessfully tried to get Jesus to incriminate Himself, which, by the way was illegal. And then, instead of releasing Jesus, Annas sent Him on to Caiaphas, the High Priest. Everything that was done was so wrong and against their laws: 1)there was no crime, 2)there were no witnesses, 3)it was in the middle of the night, 4)it didn’t take place in a court, 5)there were no judges, no prosecutors, or defenders, 6)there weren’t even any actual charges, 7)the Sanhedrin were not legally able to initiate charges, and 8)they were doing it all on Passover! But they wanted Him dead and were willing to do anything.

They searched for witnesses (none in Jesus’ defense, of course), and even bribed some. The ones that showed up couldn’t get their stories to match and they were confusing. Jesus was interrogated with many questions. He was not legally bound to answer, and He didn’t maintaining a quiet dignity even with the harsh treatment. Finally, they did ask a legitimate question – not a “what did you do?” type question, but a “who are you?” type question in verse 61. “Are You the Christ, the Son of the Blessed One?” This was actually a legal question for the High Priest to ask, and in verse 62 Jesus said,”I am; and you shall see the Son of Man sitting at the right hand of Power, and coming with the clouds of heaven.” This sealed His fate. The High Priest tore his clothes. It was forbidden for the High Priest to tear his clothes for any reason other than if God was blasphemed, and this was the answer they had wanted. Jesus said He was God, now they would have the people on their side. Now they were able to have a unanimous vote in the Sanhedrin. The mob took over and spat on Him, blindfolded, and beat Him.

This was the Jewish part of the trial, but they still needed to convince the Romans that Jesus had done something wrong in their eyes. Blasphemy wasn’t a crime in their books. So, Luke 23:2 tells us they lied, saying that Jesus was starting a tax revolt and usurping the place of Caesar by claiming to be a king.

God will ultimately judge and justly sentence the men of the Sanhedrin, but sadly, all who reject Christ will receive the same penalty. But it was for them and all of us that Jesus went to the cross to provide salvation for those who repent and accept Him as Lord and Savior.