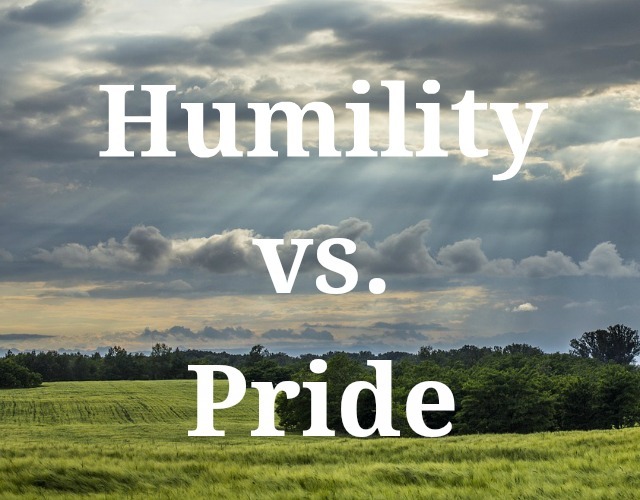 Pride is an innate human trait. From infancy we look to our parents and others for confirmation that we are doing well, whether it is walking, talking, or potttying correctly. Is this pride in a job well done? How about keeping our rooms clean, getting that “A” in math, or maybe the award at the science fair, or being on the winning soccer team? What about that job promotion, or dare we say being a ‘good’ Christian? Are we being prideful? According to the Bible pride is a sin, and remember, Satan was cast out of heaven because of his pride.

This Sunday’s lesson in Mark 10:35-45 has James and John pridefully asking Jesus to give them the seats next Him in heaven. They, after all, were among Jesus’ closest friends and disciples, and were actually His earthly cousins. They were invited to the transfiguration, and in their minds, deserved preferential treatment. Arrogant and brimming with overconfidence when Jesus asked them in a warning if they could handle God’s wrath against sin as He was about to do, the brothers confidently answered, “Yes!” Even though they would later be martyred, they really had no clue what they were saying yes to. Their pride was such that they were sure they could handle anything Jesus could. Besides arrogant overconfidence, ugly competitiveness is often a characteristic of pride and it was rampant among the disciples. All vying for Jesus’ special treatment, the remaining 10 were all jealous of the thought that James and John might be better than they were. Seeing this, Jesus warned them not to be like the worldly rulers with their “I am greater than you” attitude. God’s kingdom doesn’t work the same as the world’s. Self-denial and serving others is what’s important to God.

We need to do things well, but our attitude must not be prideful. Our reason for doing things should be to serve others and glorify God. As difficult as it might be we should strive to be more like Jesus. He is the supreme example of humility that we need to follow! Philippians 2:5-10.